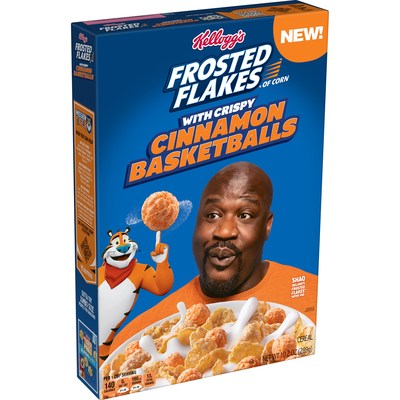 This one-of-a-kind cereal collaboration is the first time in Kellogg's Frosted Flakes history that Tony the Tiger® has teamed up with a superstar athlete — and his personal pal — to create an ALL NEW, slam dunk cereal. Each bite of Kellogg's Frosted Flakes with Crispy Cinnamon Basketballs is sure to score with fans everywhere by adding crispy, mini cinnamon-dusted basketballs to the classic flakes they know and love.

YOU COULD WIN A SHAQ-SIGNED BOX
To celebrate tipoff of the new, limited-time offer, Kellogg's Frosted Flakes and Shaq are giving fans a chance to win an autographed box of Kellogg's Frosted Flakes with Crispy Cinnamon Basketballs. Fans can enter for a shot at winning a box by commenting on Shaq's Instagram post, and sharing why sports are important to them with the hashtag #MissionTigerEntry. For official rules, visit: FrostedFlakes.com/CinnamonBasketballsGiveaway.

"It's no secret I love Tony the Tiger, and having my own Kellogg's Frosted Flakes cereal has been a lifelong dream," said Shaquille O'Neal. "Now that this dream is finally coming true, I don't want fans to have to wait a second longer, so I'm giving a lucky few the chance to win one of the first boxes, signed by yours truly! And more importantly, by buying a box you can help support Mission Tiger™ to help middle schoolers gain better access to sports."

AN UNSTOPPABLE TEAM
Tony is upping his game and passing the ball to Shaq for this cereal collaboration, scoring even more support for Mission Tiger. The dynamic duo first teamed up in 2020 to surprise middle schoolers in Philadelphia with a game-changing Mission Tiger donation to build an on-campus sports court and revive the school's home-court advantage. Since then, Tony and Shaq made an even bigger announcement — a goal to help 1 million middle school kids gain better access to sports by the end of 2021.

"After a year when so many in-school programs like sports were put on hold, students and middle schools need our help more than ever to give students athletic resources, wherever they're learning," said Brant Wheaton, marketing director of Kellogg U.S. ready-to-eat cereal segment. "We're thrilled to have Shaq on our team to help rally support for Mission Tiger, making a difference in middle schools and students' lives nationwide."

Since 2019, Mission Tiger has helped more than 560,000 kids across the country by repaving courts, refurbishing sports facilities, providing new training equipment and more. Fans can help schools in their communities by joining the mission, grabbing a box of Kellogg's Frosted Flakes with Crispy Cinnamon Basketballs and uploading their receipt to Kellogg's Family Rewards to spark a $2 donation.

GET IN ON THE GAME FROM YOUR BREAKFAST TABLE
Fans can join the fun at home by scanning the QR code on their box of Kellogg's Frosted Flakes with Crispy Cinnamon Basketballs to play sports photographer as Tony and Shaq square off for an epic dunk contest in the new "Tony VS Shaq" augmented reality experience — right on their breakfast table.

Find new Kellogg's Frosted Flakes with Crispy Cinnamon Basketballs at retailers nationwide for a limited time starting in April with a suggested retail price of $3.99 for a 10.2-ounce box and $5.69 for a 16.3-ounce box.

About Kellogg's Frosted Flakes® Mission Tiger™
Mission Tiger launched in August 2019 with a $1 million commitment to DonorsChoose, a nonprofit organization dedicated to supporting public schools nationwide. For every Kellogg's Frosted Flakes® box purchased, a $2 donation* is sparked by uploading a receipt to Kellogg's Family Rewards™ via MissionTiger.com. Thanks to fans coast to coast, students at middle schools nationwide have better access to play sports. If a favorite athletic program has been cut or a local team needs new uniforms, visit MissionTiger.com today to see requests from middle schools seeking funds and join our team. Mission Tiger middle school sports projects are fulfilled by Tony's partner, DonorsChoose.

*Kellogg is donating $2 per purchase to DonorsChoose with Kellogg's Frosted Flakes receipt upload. Minimum donation $500,000; maximum $1,000,000. Go to MissionTiger.com for instructions. Applies to purchases between 8/6/20 and 12/31/21; must upload within 30 days of purchase.

About Kellogg Company
At Kellogg Company (NYSE: K), we strive to enrich and delight the world through foods and brands that matter. Our beloved brands include Pringles®, Cheez-It®, Special K®, Kellogg's Frosted Flakes®, Pop-Tarts®, Kellogg's Corn Flakes®, Rice Krispies®, Eggo®, Mini-Wheats®, Kashi®, RXBAR®, MorningStar Farms® and more. Net sales in 2019 were approximately $13.6 billion, comprised principally of snacks and convenience foods like cereal and frozen foods. Kellogg brands are beloved in markets around the world. We are also a company with Heart & Soul, committed to creating Better Days for 3 billion people by the end of 2030 through our Kellogg's® Better Days global purpose platform. Visit KelloggCompany.com or OpenforBreakfast.com.

About DonorsChoose
DonorsChoose is the leading way to give to public schools. Since 2000, more than 4 million people and partners have contributed $950 million to support 1.6 million teacher requests for classroom resources and experiences. As the most trusted crowdfunding platform for teachers, donors, and district administrators alike, DonorsChoose vets each request, ships the funded resources directly to the classroom, and provides thank-you's and reporting to donors and school leaders. Charity Navigator and GuideStar have awarded DonorsChoose, a 501(c)3 nonprofit, their highest ratings for transparency and accountability. For more information, visit donorschoose.org.

Abbreviated Terms and Conditions
NO PURCHASE NECESSARY. Sweepstakes is open only to legal residents of the fifty (50) United States and District of Columbia and are sixteen (16) years of age or older at time of entry. Begins 3/30/21 at 10:00:00 AM (ET) and ends 4/13/21 at 11:59:59 PM (ET). For details on how to enter and/or for complete Official Rules, go to https://www.frostedflakes.com/CinnamonBasketballsGiveaway. Entry is free. Subject to complete Official Rules. Void where prohibited. Sponsor: Kellogg Company, One Kellogg Square, Battle Creek, MI  49016. 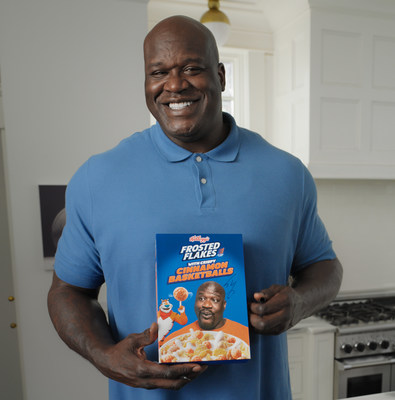 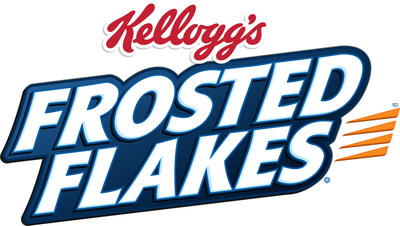